In the following we are going to present some of the more exciting products, we have developed in the past.
For every product we will try to show some interesting pictures, followed by a description or an overview of the highlights. (You can use the zoom function of your browser to view more detailed pictures.) 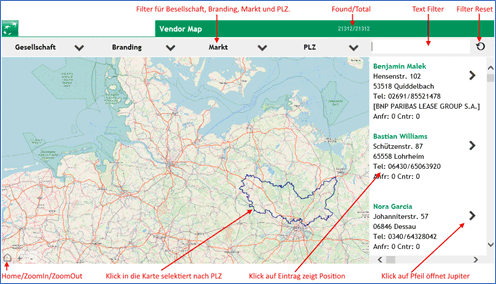 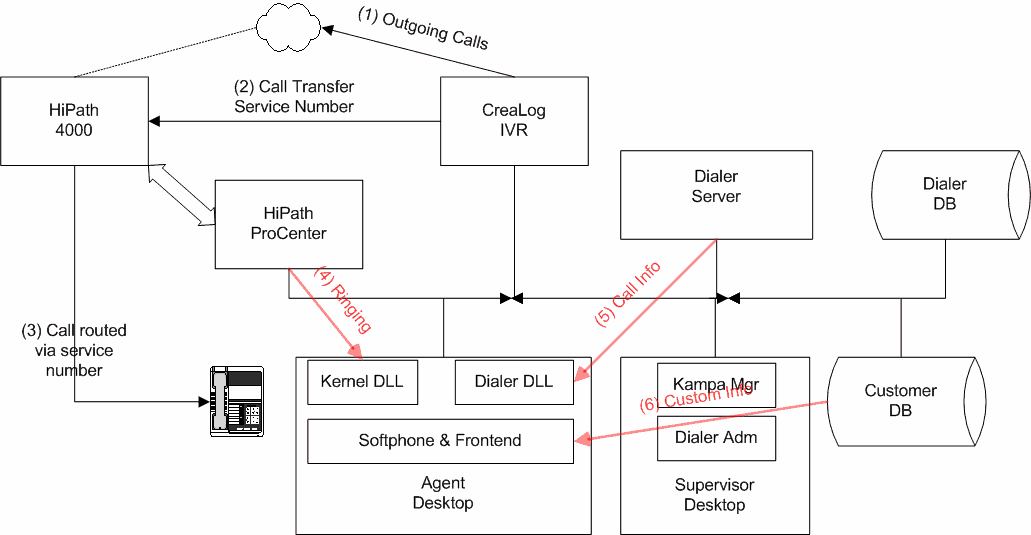 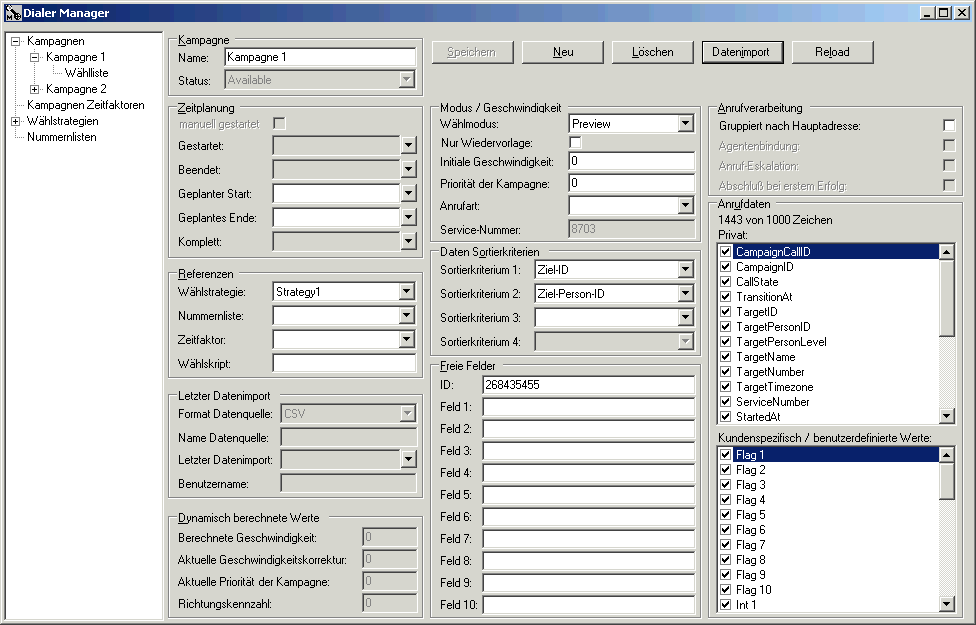 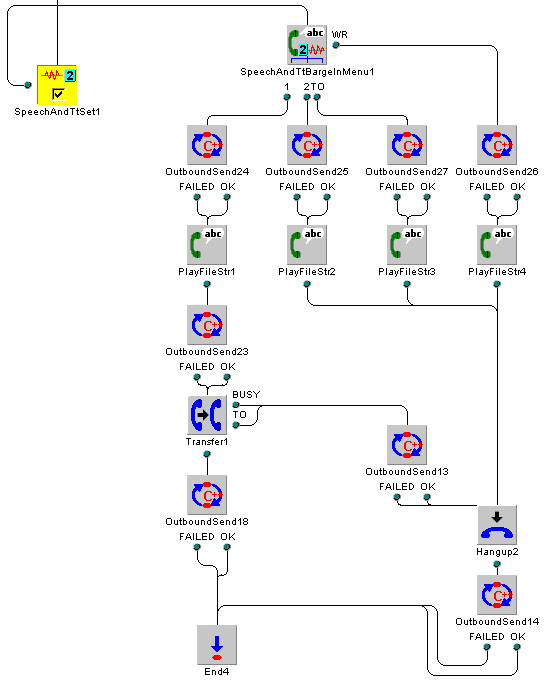 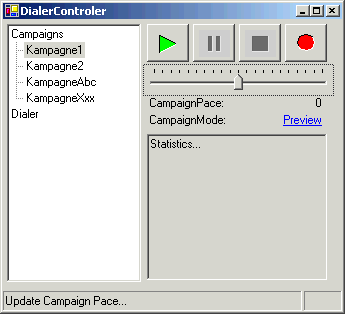 Code- and Schema Generator for .NET 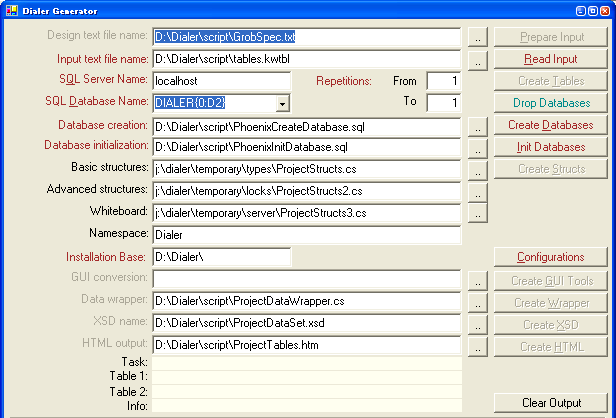 This generator was developed across multiple projects. It is used to generate databases, database schemes, database tables as well as XSD files, corresponding typed datasets and source code to access the database or dataset.

This application is used by a wholesale company to manage sales activities. It consists of a CRM core, with customer information, visit reports and a very detailed reclamation management.
The project started with reverse engineering of its predecessor, an application written in-house. The database layout and the application procedures were largely undocumented and had to be reconstructed from the existing Microsoft Access tables and source code.
Its implementation involved the following tasks: 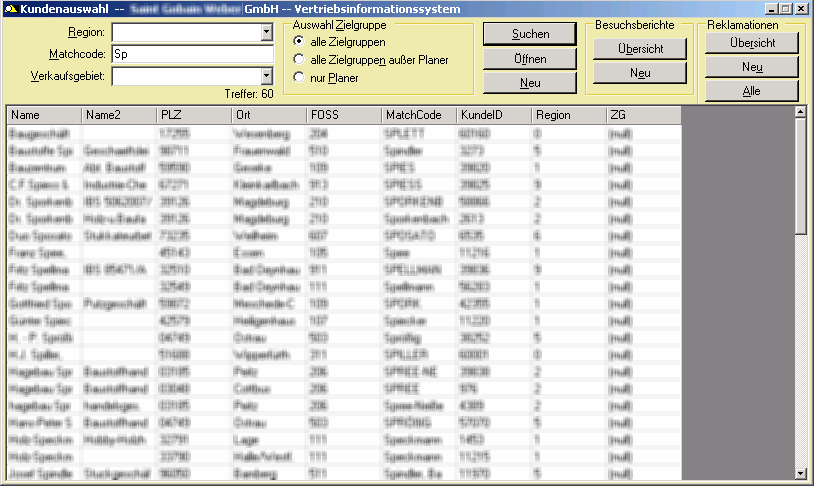 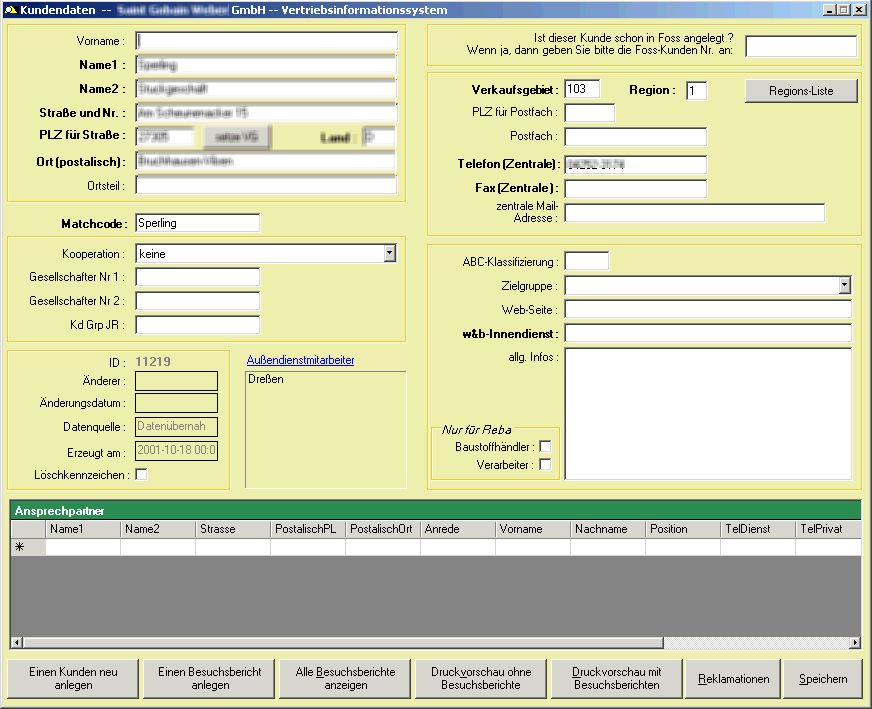 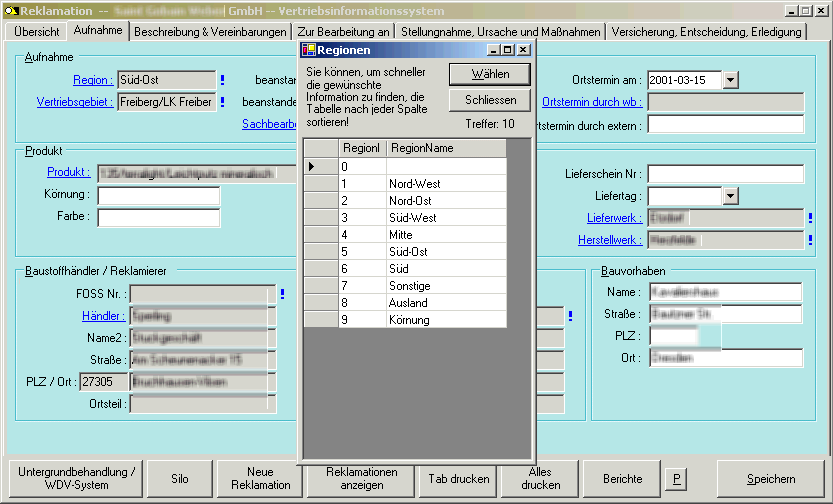 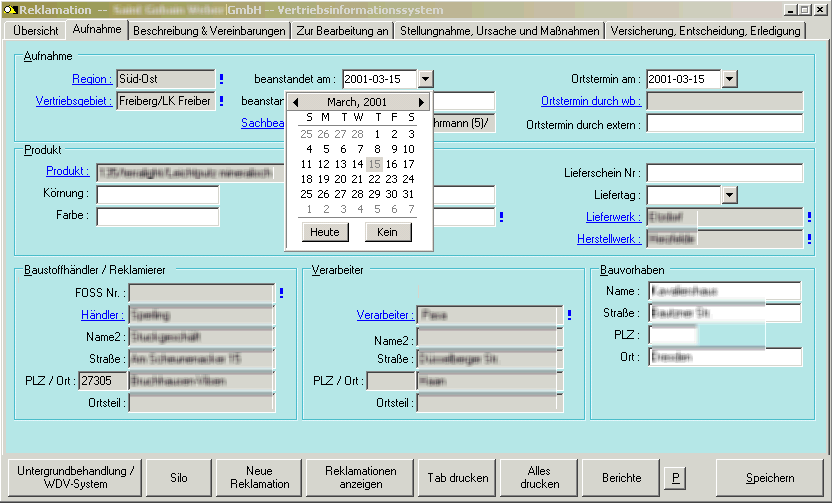 I was given the task to design and implement a demanding generic test environment for the internal product regression testing.
After the initial analysis and review phase, we decided to base this tool on XML and DTD. The complete configuration and workflow description was contained within these XML files. The following picture shows one example of such a file. 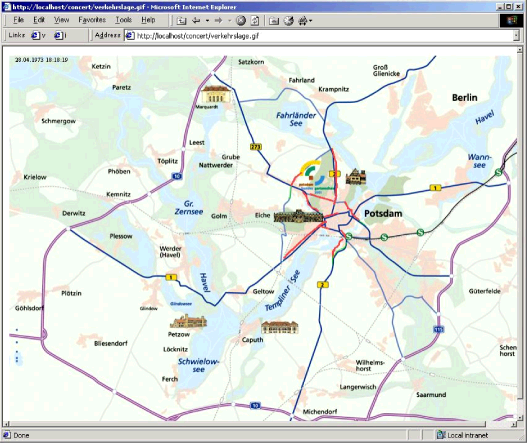 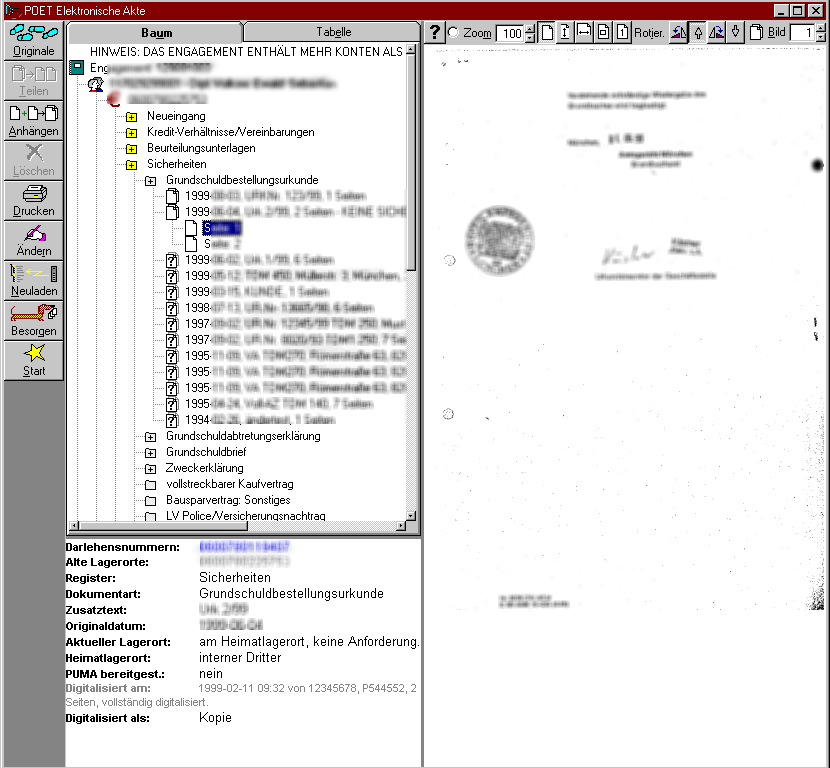 This image shows a tree view of all accounts of a single customer. Under each account it shows the documents, grouped by document categories. Below the tree is a window with overview information for the selected object. On the right hand side, the details of the selected object are shown; for example a scanned image. 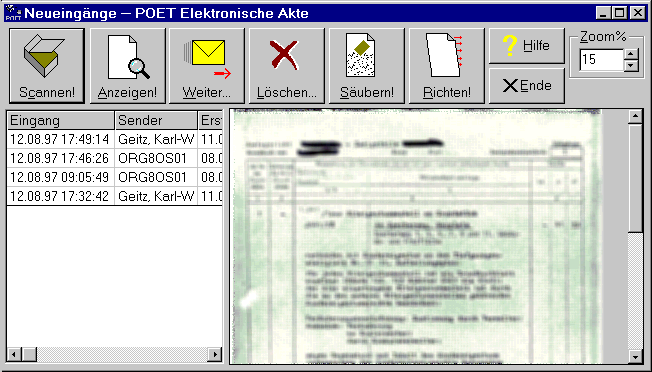 This image shows the scanning application. It was optimized for easy and efficient usage and allowed direct control of a variety of connected professional image scanners. 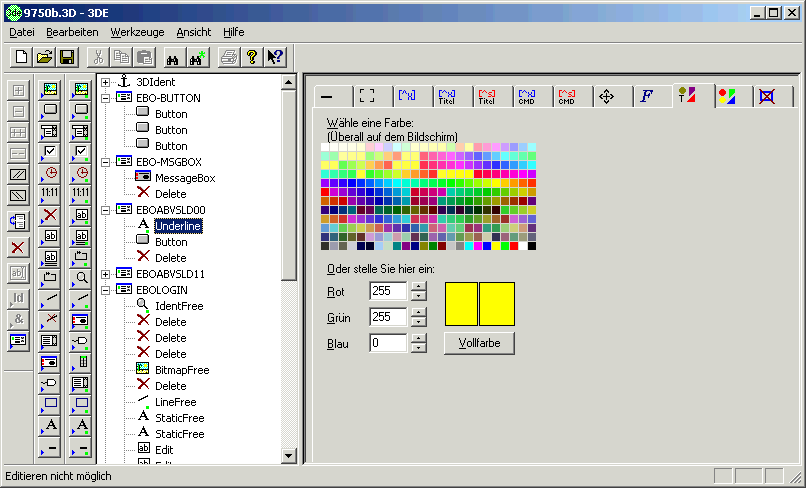 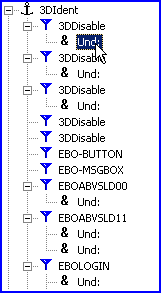 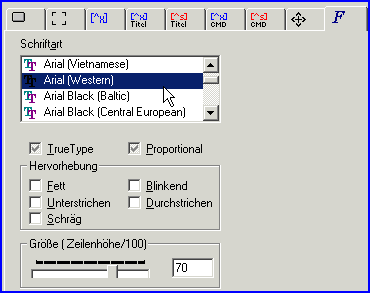 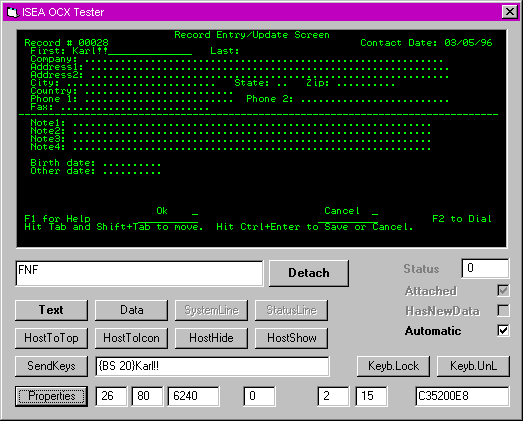 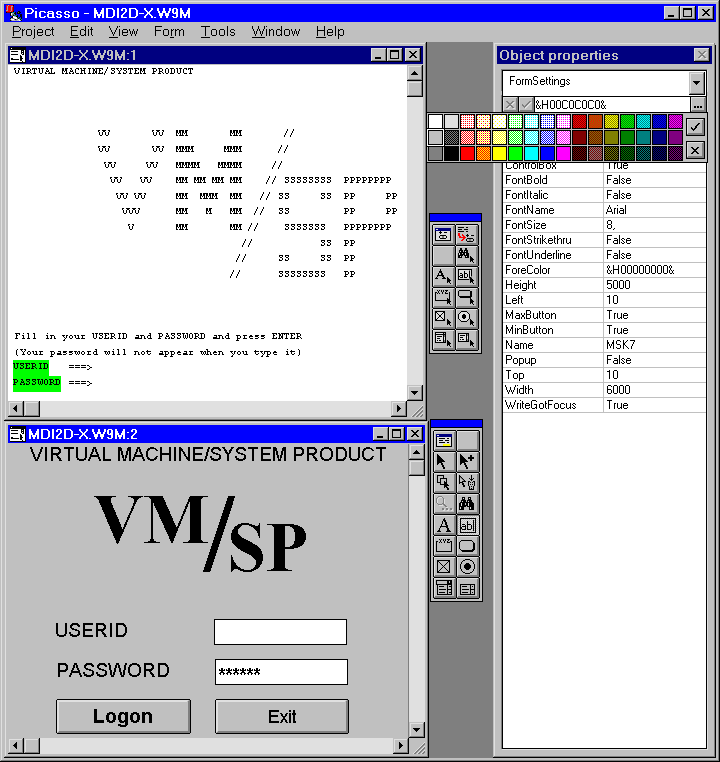 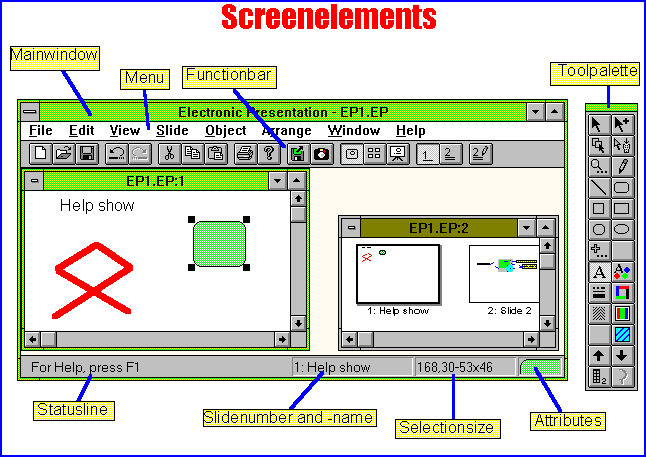 Porting of SAP Terminal from OS/2 to Windows, SAP, Walldorf